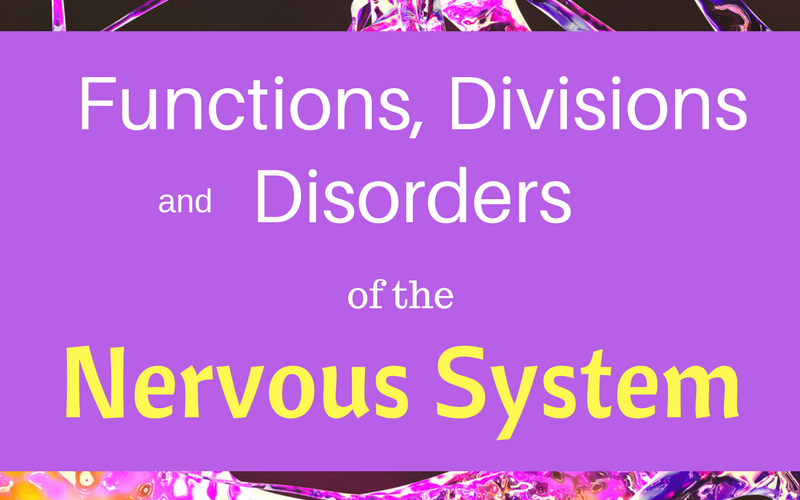 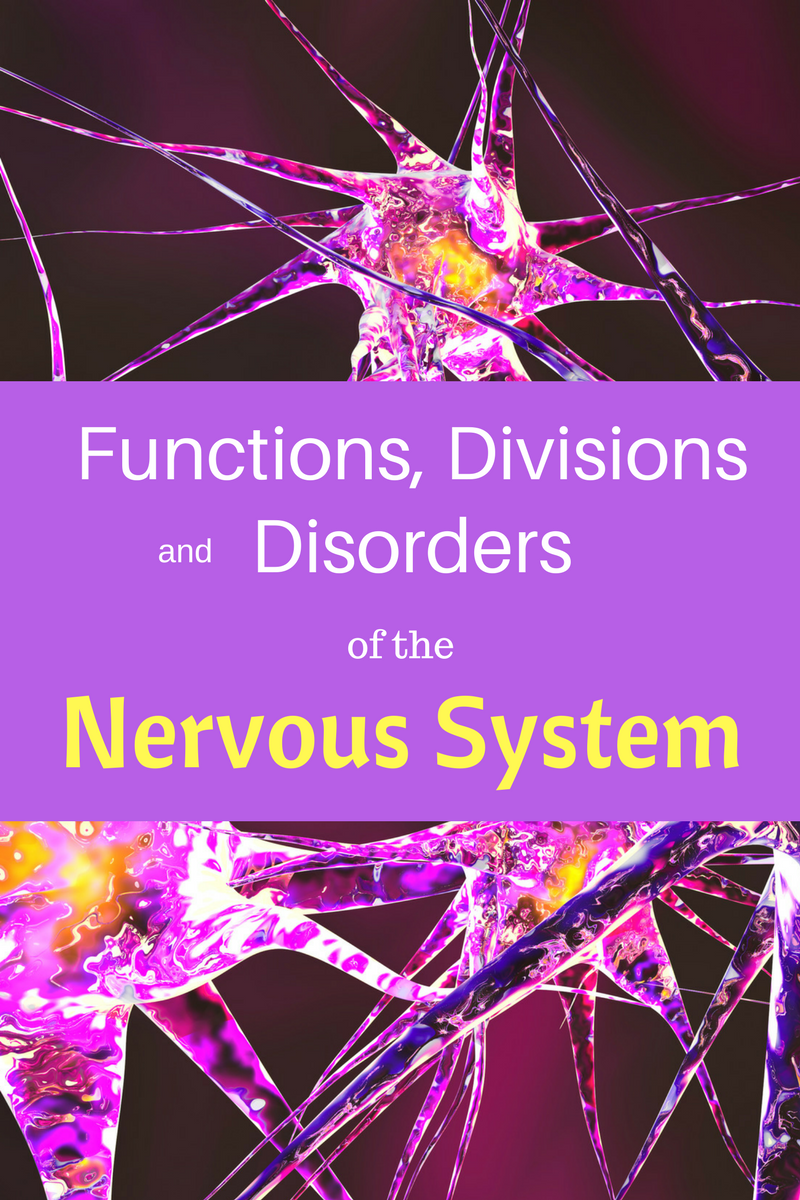 Development of the Nervous System:

Development of the nervous system takes place during the first month of embryonic life. Thus, any maternal infection can have extremely harmful effects on the brain of the developing infant. The brain is responsible for a multitude of functions. One of them is regulation of body temperature. In premature babies and infants, this function gets hampered, as the part of the brain that regulates body temperature (hypothalamus) is one of the last areas of the brain to develop.

Divisions of the Nervous System:

It is broadly divided into two parts; the central nervous system (CNS) and the peripheral nervous system (PNS). The CNS consists of the brain and the spinal cord, while the PNS comprises of all the nerves of the body associated with the CNS. The major function of CNS is information processing and control. The nerve fibers of the PNS are of two types; afferent fibers and efferent fibers. The afferent nerve fibers transmit impulses from peripheral tissues to the CNS and the efferent fibers transmit regulatory impulses from the CNS to the peripheral tissues. 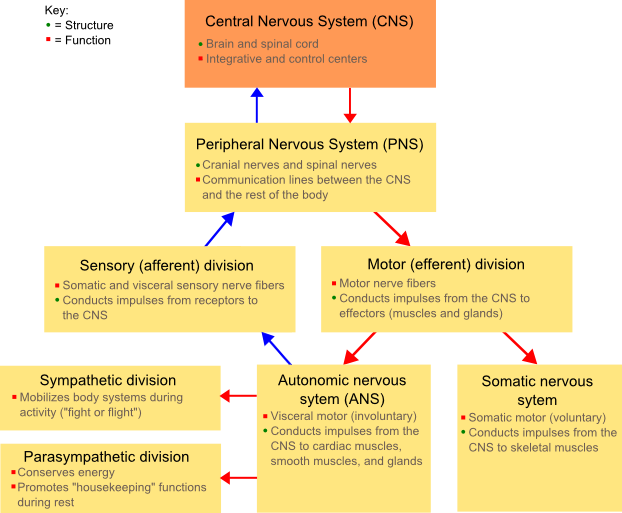 Nervous tissues of the nervous system are made up of two types of cells; neurons and neuroglial cells. Some distinctive functions that are thought to be associated with the nervous system like thinking, feeling, remembering and controlling our movements are brought about by neurons. These functions are carried out by impulses traveling along the neurons. Neurons are supported by the neuroglial cells.

Watch this animation on how the nervous system works:

Functions of the Central Nervous System:

Head injuries are caused due to trauma and can be fatal. One should never neglect a head injury. Even if there are no external signs of damage there could be a severe internal injury which might take longer to show symptoms. Thus any head injury requires urgent medical attention to rule out serious injury. Common causes of spinal cord injury are vehicular accidents, falls, and accidents associated with contact sports. Severe injuries to the spinal cord occur whenever there are vertebral fractures and dislocations.  The function of the spinal cord lower than the level of the injury is thus impaired, giving rise to varying degrees of paraplegia and quadriplegia. Adolescent males are most commonly affected.

a) Dementia – In this degenerative disorder, there is an eventual loss of memory as the person ages.

b) Alzheimer disease – Herein the frontal-occipital lobes of brain atrophies leading to pre-senile dementia which is characterized by an advanced loss of memory. Usually, it starts between 40 and 60 yrs of age and may take months to years for complete development. 5 to 10% people over 65 years of age are affected. It is marked by progressive permanent memory loss, intellectual functions deterioration, laziness, disorientation, and speech and gait disturbances.

c) Parkinson’s disease – Herein that part of the brain is affected which is responsible for controlling movements due to lack of dopamine. This leads to tremors of the limbs or unnecessary muscle movements due to interference in voluntary movements. This is the most common symptom. Because of symptoms, maintenance of balance becomes difficult. There is also accompanying muscle rigidity.

d) Huntington’s chorea – This is a hereditary nervous disorder. There is a progressive loss of the brain cells leading to deterioration of the nervous system. Symptoms seen are weird, uncontrolled, dancelike movements. It ultimately leads to insanity and death.

e) Multiple Sclerosis: It is a chronic, degenerative disease wherein the myelin sheath over the nerves in the brain and spinal cord is lost. This gives rise to muscle weakness and other symptoms.

f) Hydrocephalus: Fluid accumulation within the ventricles of the brain leads to cranial enlargement which is known as hydrocephalus.

g) Amyotrophic lateral sclerosis (ALS): It is a rare fatal disease in which there is degeneration of the motor neurons which in turn causes muscle degeneration and loss of functionality.

It is a malignant tumor mainly composed of cells that resemble neuroblasts. Its incidence is more in infants and children.

This disorder is in itself includes a cluster of conditions characterized by recurrent seizures. There are different types of epilepsy. Each of them has a unique set of signs and symptoms. Seizures are episodes of convulsions which occur due to sudden, brief and excessive electrical activity in the brain cells i.e. intense neuronal activity. These generally last for a few seconds to minutes. This condition is not life-long and is curable in majority cases with proper treatment and medical advice.

It is a partial or complete loss of motor functions. It is also known as paralysis.

a) Cerebral palsy: Malformation of or trauma to the developing nervous system may give rise to cerebral palsy, although there are many other causes too. This leads to hampered physical development leading to problems in movement and posture accompanied by disturbances of communication, cognition, sensation etc. Seizure disorders may also be seen in these patients. The signs of this disease differ according to age but mainly manifest due to a weakness of the arms and legs.

b) Bell’s palsy: Injury, infection or inflammation of the seventh cranial nerve leads to unilateral facial paralysis. It causes facial asymmetry and facial spasms. Corticosteroids are commonly used for treatment to reduce the inflammation. Generally, it is a self-limiting condition that resolves itself within a month or so.

c) Other causes: An array of causes such as poisoning, trauma or other underlying disorder can give rise to paralysis. It is of different types and is classified according to the cause, muscle tone, distribution, or body part affected. Traumatic injuries to the spinal cord and cerebrovascular accidents are common causes of paralysis.

Various physical and medical conditions, infections, injuries can cause headaches. Most common types are a tension headache, cluster headache and a migraine. A headache in itself is not a disorder, but a commonly seen symptom of an underlying disorder. Thus, it is important to diagnose the condition which is the root cause of it so that successful treatment can be implemented.

It is also known as stroke. If a blood vessel in the brain gets ruptured, it starts accumulating leading to increased pressure over vital areas of the brain. This can cause weakness of the limbs and even paralysis in severe cases.

a) Schizophrenia is a severe neurological disorder in which there is a distortion of senses and impaired cognition. It is probably linked, in part, to an excessive amount of dopamine. Early medical intervention helps in improvement.
b) Depression can be due to a number of factors although it is commonly linked to a lack of serotonin and/or norepinephrine. It is a serious neurological disorder requiring early medical help.
c) Phobias – Excessive and atypical fears about an object or environment which leads to disturbances in everyday activities and thus the person’s social life are known as phobias.

Many conditions may also affect the peripheral nerves of the body leading to loss of sensation and paralysis.

Some conditions cause injury to the terminal nerves mainly, neuron, axon, myelin and the supporting tissues. This is called peripheral neuropathy. Its presentation starts as a tingling numbness involving the fingers and toes. It further extends to involve the limbs. Diabetic patients, persons with specific genetic diseases of the nerves, vitamin deficiencies especially vitamin B12 etc., herpes infection, leprosy, mercury, lead and other heavy metals poisoning, inflammatory conditions such as Guillain-Barré syndrome etc are the individuals with an increased risk of developing neuropathy.

If the peripheral nerves are injured it directly affects their functioning. Peripheral nerves possess regenerative capacity. Complete recovery can be achieved in some cases with the help of physiotherapy and other exercises when done over a long period of time.