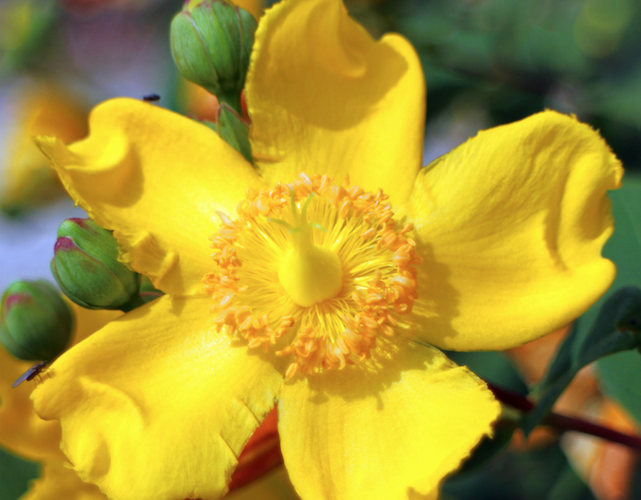 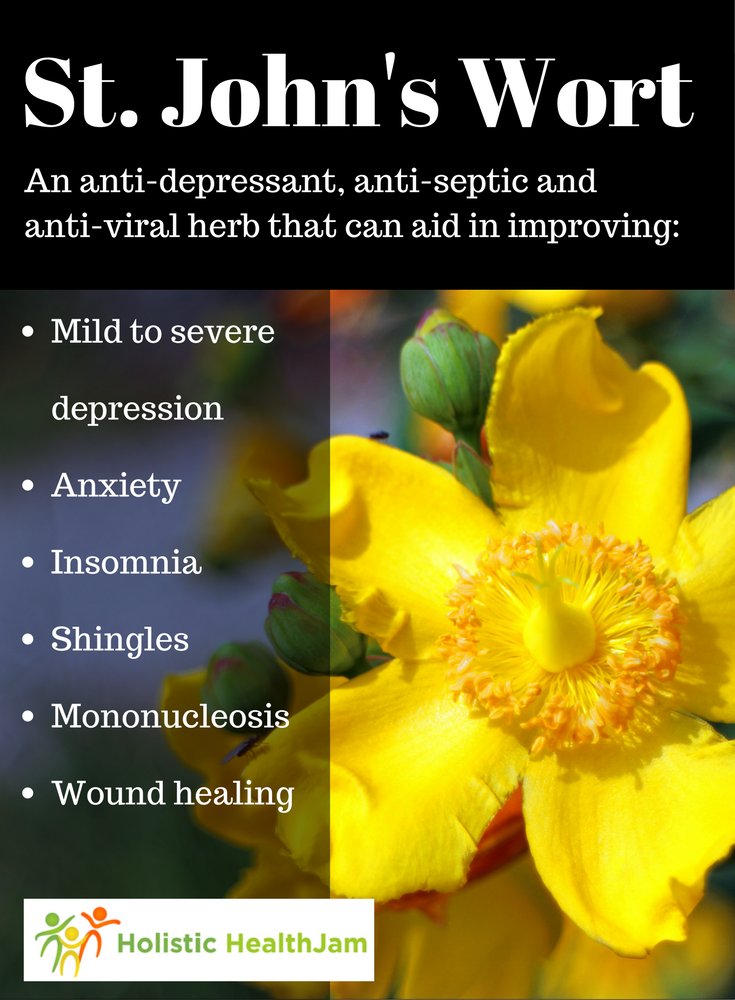 St. John’s Wort has been used for a long time to treat anxiety. This herb relieves tension and is also used as a pain reducing sedative. It raises serotonin levels and is sometimes used for acute depression. It’s anti-inflammatory internally and externally as an oil. It also eases menstrual pains and helps nervous system control the bladder for bed wetting or related disorders.

Warning:  St. John’s Wort should not be taken with other medications.

The researchers reported that the herbal supplement can reduce the concentration of numerous drugs in the body, including oral contraceptive, blood thinners, cancer chemotherapy and blood pressure medications, resulting in impaired effectiveness and treatment failure.