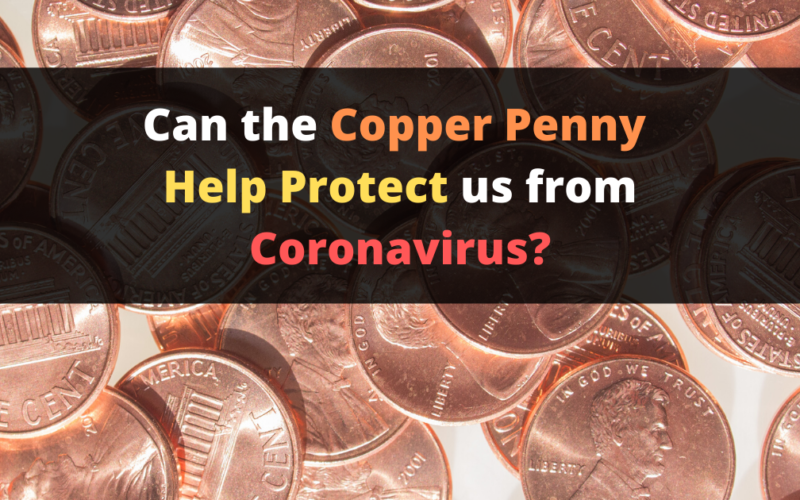 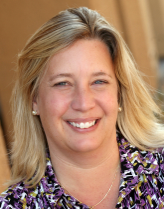 I felt compelled to write this article because most people are not aware of the virtues of copper, and how copper (including the copper penny) might play an important role in protecting us from Coronavirus and other contagious diseases.

But first, my disclaimer:

Disclaimer
I am a nutritionist and not a medical doctor. Your health is between you and your doctor. I am not diagnosing or curing anything. I’m just presenting my research to you.

Update 3/10/20:  Since writing this this article, a study has been done that specifically looked at how long the COVID-19 virus can live on various surfaces. Copper was one of the surfaces tested due to its antiviral nature.  From this study, it takes 4 hours for the COVID-19 virus to completely disintegrate on copper. (Other coronavirus strains have been killed on contact with copper.)  That’s much better than other surfaces, some of which remained contaminated for several days. In fact, of the surfaces tested, COVID-19 virus disappeared most rapidly on copper.

Back to the original article:

How Can Copper Help Save Us from Infectious Diseases?

Ancient civilizations used copper or brass vessels to purify water, as it protected them from waterborne illnesses such as diarrhea and dysentery.

In ancient Greece, copper shavings were used to prevent infections and heal battle wounds. The Aztecs used copper water and herbs to treat sore throats. And in Ancient India and Persia, copper was to treat lung diseases. (R)

Now, many hospitals around the country are beginning to use copper as a method of controlling infections. They are doing this by encapsulating surfaces with copper, or with copper alloys such as brass and bronze.

Why Hospitals are Looking at Copper

Hospitals are breeding grounds for infections. In fact, in the United States, hospital-acquired infections cause nearly 2 million people to get sick each year, and approximately 100,000 of those people die. These infections are caused by contaminated surfaces such as beds, doorknobs, tray tables, faucet handles, and more.

“Most gram-positive bacteria, such as Enterococcus spp. (including VRE), Staphylococcus aureus (including MRSA), or Streptococcus pyogenes, survive for months on dry surfaces. Many gram-negative species, such as Acinetobacter spp., Escherichia coli, Klebsiella spp., Pseudomonas aeruginosa, Serratia marcescens, or Shigella spp., can also survive for months. A few others, such as Bordetella pertussis, Haemophilus influenzae, Proteus vulgaris, or Vibrio cholerae, however, persist only for days. Mycobacteria, including Mycobacterium tuberculosis, and spore-forming bacteria, including Clostridium difficile, can also survive for months on surfaces. Candida albicans as the most important nosocomial fungal pathogen can survive up to 4 months on surfaces. Persistence of other yeasts, such as Torulopsis glabrata, was described to be similar (5 months) or shorter (Candida parapsilosis, 14 days).

Most viruses from the respiratory tract, such as corona, coxsackie, influenza, SARS, rhinovirus, can persist on surfaces for a few days. Viruses from the gastrointestinal tract, such as astrovirus, HAV, polio- or rota virus, persist for approximately 2 months. Blood-borne viruses, such as HBV or HIV, can persist for more than one week. Herpes viruses, such as CMV or HSV type 1 and 2, have been shown to persist from only a few hours up to 7 days.”

Not all surfaces are the same though. Copper has some unique properties, as it sort of “self-disinfects”.  Most bacteria, fungi and viruses are destroyed on contact with copper, which I’ll explain in more detail.

First, I want to show you a short video on how hospitals are using copper:

Hospitals are now also using copper-infused fabrics, which are being used in sheets and patient gowns.

Copper is known for its antibacterial, antifungal and antiviral properties, and is registered with the U.S Environmental Protection Agency as the first solid antimicrobial material.

Bacteria, yeast and viruses are quickly destroyed on metallic copper surfaces, and the term ‘contact killing’ has been coined for this process.  (R)

“Copper can effectively help to prevent the spread of respiratory viruses, which are linked to severe acute respiratory syndrome (SARS) and Middle East respiratory syndrome (MERS), new research shows. Animal coronaviruses that ‘host jump’ to humans, such as SARS and MERS, result in severe infections with high mortality. Researchers found that a closely related human coronavirus – 229E – can remain infectious on common surface materials for several days, but is rapidly destroyed on copper.“

The American Society for Microbiology published a study stating the following:

“Human coronavirus 229E was rapidly inactivated on a range of copper alloys (within a few minutes for simulated fingertip contamination) and Cu/Zn brasses were very effective at lower copper concentration. Exposure to copper destroyed the viral genomes and irreversibly affected virus morphology, including disintegration of envelope and dispersal of surface spikes. Cu(I) and Cu(II) moieties were responsible for the inactivation, which was enhanced by reactive oxygen species generation on alloy surfaces, resulting in even faster inactivation than was seen with nonenveloped viruses on copper. Consequently, copper alloy surfaces could be employed in communal areas and at any mass gatherings to help reduce transmission of respiratory viruses from contaminated surfaces and protect the public health.

Professor Bill Keevil, who heads the Microbiology Group in Biological Sciences at University of Southampton says that:

“Respiratory viruses are responsible for more deaths, globally, than any other infectious agent. The evolution of new respiratory viruses, and the re-emergence of historic virulent strains, poses a significant threat to human health.

What Can a Little Copper Penny Do?

I’m not going to make any claims in this article, as I’m not aware of any studies that have looked specifically at the COVID-19 strain of coronavirus and its reaction with copper. But, I think we can certainly see from above that copper is quite powerful in deactivating other strains of coronavirus.

Copper as a Back-Up Hand Sanitizer

I believe that the copper penny can act as a back-up hand sanitizer if you do not have access to soap and water, provided that the penny is clean of dirt and grime so that you have good surface contact.

I would move the penny or pennies around my hands and fingers, especially on areas that may have touched infected surfaces.

If you’re not a fan of holding pennies, you can look into copper bracelets or rings, and regularly touch those to help disinfect hands after touching a communal surface.

Copper as a Disease Fighter

You may have read one of my previous articles in which I discussed at length how important copper is to overall health. If not, I hope you take a read. It is estimated that 75% of Americans are copper deficient, which leaves us more vulnerable to infections.

I do want to share with you some anecdotal evidence on how impactful touching copper can be.

This article was published in 1884 in the New York Medical Times.  Although this had to do with the Cholera epidemic which was bacterial, it still goes to show the almost immediate improvements in symptoms of hospitalized Cholera patients when they had a simple copper ring touching their skin.

This is written in 1884, so the language is outdated, but the observations are fascinating:

“Fifty years ago [and keep in mind this was written in 1884, so 50 years before that] Hahnemann wrote: ‘The use of copper, combined with a mild and regular regimen and cleanliness, is the most certain and efficacious preventive. He adds: ‘it has been proved in Hungary that a plate of copper worn next the skin will preserve one from the infection, as I have been assured by several authentic reports from that country.’

In support of these statements I will quote from the writings on an eminent allopathic physician of Paris, Dr. Burq, whose fame as an investigator of the medicinal power of metals is worldwide. Thirty years ago he ascertained, by numerous experiments made in the hospitals under the supervision of the head physicians, that the application of copper to the limbs, in the form of rings, is a certain means of causing the cramps in cholera patients to cease immediately, and often all the serious symptoms which accompany them vanish at the same time.  This important discovery obtained for him from the government a medal of distinction and a pension.

He presents the following deductions:

(1) The protection exercised by this metal appears to have been of two distinct natures, preventative and curative.

(2) The preventative effect was no doubt produced directly by contact, and in proportion to the amount of protecting metal and indirectly by simple vicinity, for not only did copper preserve those who worked with the metal, but also those who lived in the vicinity of the great manufacturers, or where large quantities were being stored.
[…]
In many cases the cholera devastated a city, town, or section of the country, but did not touch the neighborhood of the factories engaged in working copper, brass, or bronze, or the copper mines or their immediate vicinity.
[…]
During cholera epidemics the metal copper, preferably its alloys brass and bronze, should be worn next to the skin as extensively as possible; also that large sheets of these metals should be hung on the walls of the living rooms of residences.

After reading the above, it makes me wonder if we should also be creating more copper-domed buildings.

Copper is now also being used in HVAC systems in sick buildings to control air quality. The EPA has registered copper for use in protecting heating and air conditioning equipment surfaces from bacteria, mold, and mildew. (R, R)

In the summer of 2010, researchers conducted a trial at the Fort Jackson U.S. Army base in Columbia, SC, to test the effectiveness of copper surfaces in HVAC on controlling the growth of microbes. The barracks with copper systems had significantly lower levels of microbes in the air. (R)

Legally Allowed Claims About the Germ-Fighting Properties of Copper

Earlier I mentioned that copper, and alloys such as brass and bronze, are EPA approved as an antimicrobial material. To attain these EPA registrations, the copper alloy groups had to demonstrate strong antimicrobial abilities according to all of the following rigorous tests:  (R)

The following claims are now legally permitted when marketing EPA-registered antimicrobial copper alloys in the U.S.:

Laboratory testing has shown that when cleaned regularly:

The EPA mandates that all advertising and marketing materials for antimicrobial copper products contain the following statement:

“The use of a Copper Alloy surface is a supplement to and not a substitute for standard infection control practices; users must continue to follow all current infection control practices, including those practices related to cleaning and disinfection of environmental surfaces. The Copper Alloy surface material has been shown to reduce microbial contamination, but it does not necessarily prevent cross-contamination.”