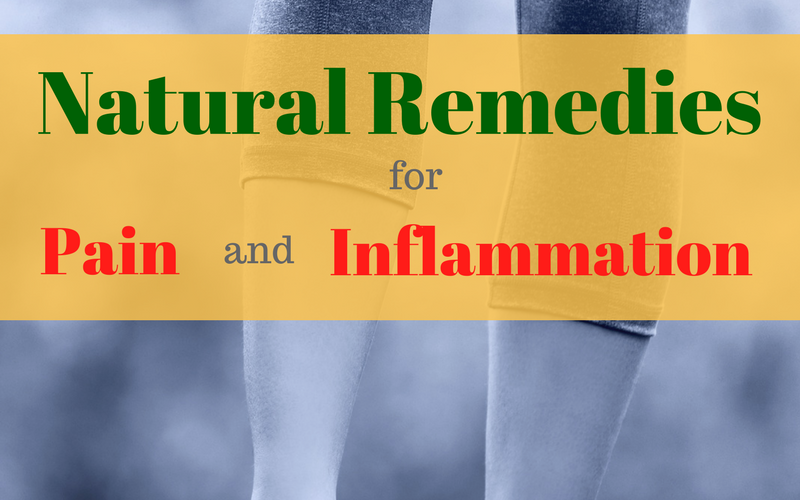 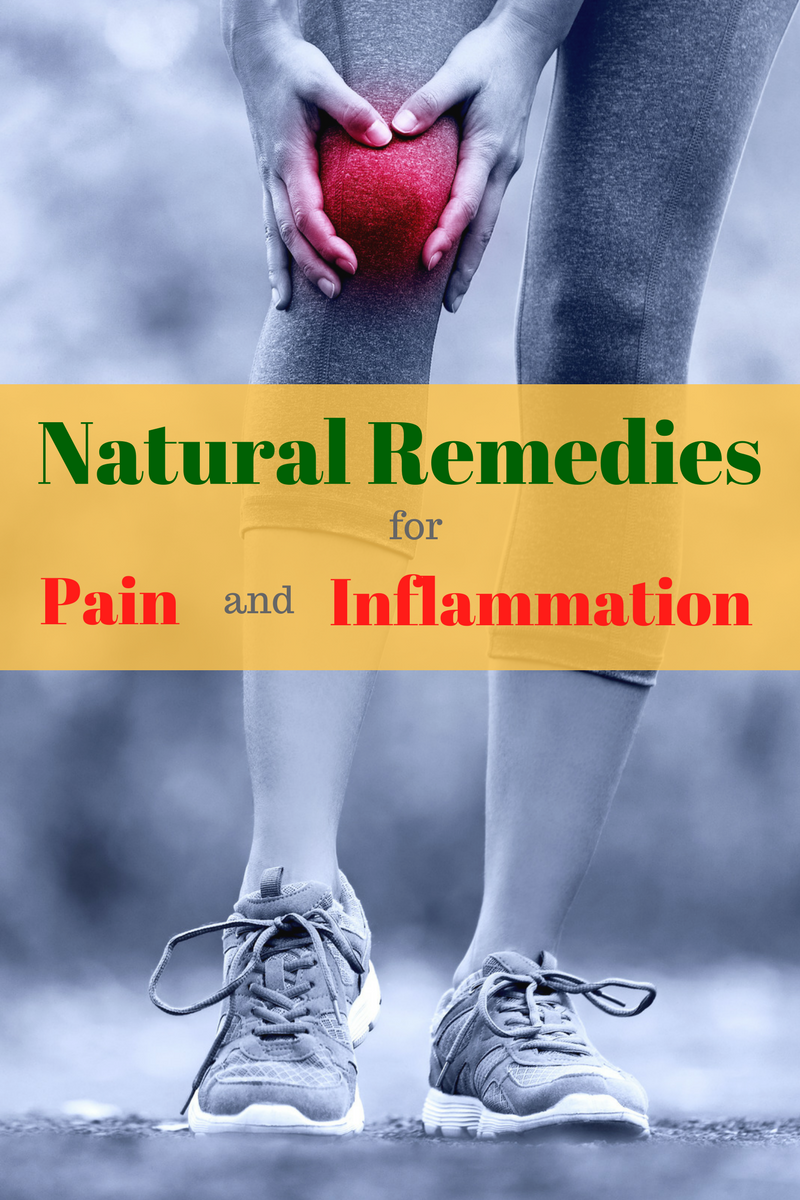 Since our infant years, inflammation is something we all have suffered from at some point in our lives. Whether it was from an injury, sleeping the wrong way, over doing exercise, or eating the wrong food, we have all at some point in our lives felt an inflamed pain or experienced reddening of the skin. Although inflammation is accompanied by pain, it’s actually a sign that your body is doing what it’s supposed to. What inflammation actually is, is an immune response protecting the wound site from virus and infection, almost like a fever.

But not all inflammation is good. Some of us suffer from chronic inflammation or too much inflammation that will not go away. This can leave a person in pain for a long time, struggling to find relief. This can be from various conditions such as arthritis or tendonitis, or even pinched nerves and muscles. The suffix “itis” is usually a condition that has to do with inflammation somewhere in the body.

Inflammation also has a lot to do with toxins in the body. It is known that the more toxic your body actually is, the easier it is to get inflammation and the harder it is to get rid of. This is why you hear about things like anti-inflammatory diets. Some foods relieve inflammation, some foods rid the body of toxins, and other foods actually make the problem worse in many ways. So a healthy diet is very important if you wish to stay free of inflammation. Foods to avoid when you have inflammatory conditions would be refined sugar, synthetic sweetener, gluten, vegetable oil (bad quality oils), fried food, artificial food additives, grain-fed meat, processed meat, alcohol, fast food, and trans fat foods. No wonder there’s so much inflammation, most people don’t do a great job of preventing it. A healthy anti-inflammatory diet will not include the above foods and will include natural choices like fruits, vegetables, greens, nuts and grains, fatty fish, grass-fed meats in moderation, etc.

Doctors also prescribe anti-inflammatory medications for many conditions. This has worked for many but it has its potential side-effects. Many will argue that these synthetic medications are not good for your body as a whole. But that’s okay because nature has given us many other strong and effective ways to fight inflammation with the use of medicinal herbs. Herbs have been used topically and internally for inflammation for centuries. Some herbs are mild anti-inflammatories and some are strong, but both are safe and don’t come with unwanted side effects. Here are some great herbs that will be effective in fighting inflammation, as long as you support it with the right diet choices.

Turmeric has become a very popular herb and is very easy to cook with. This herb is a strong anti-inflammatory and actually combats inflammation through four separate processes. These processes are the inhibition of leukotriene, promotion of fibrinolysis, inhibition of neutrophil, and the stabilization of cell membranes. Turmeric is also a great liver tonic making it helpful in cleansing the blood of toxins. Turmeric can be used for joint pain, arthritis, sprains, general pains, and liver inflammation.

Nettles are a plant known to cause pain just by brushing up on the leaves. Who would have thought that this herb makes a great medicine for all inflammatory conditions?  Nettles are a very nutritive herb that treats a wide variety of issues. For inflammatory issues, nettles work wonders and should be taken long term. It strengthens connective tissue, improves the production of synovial fluid in the joints, strengthens bones, and is a classic remedy for arthritis. This herb has high mineral content, but the presence of iron and magnesium also help very well with inflammation. Noni is a fruit native through South-east Asia and Australia. It is known for its pain relieving properties as well as a being an adaptogen. Noni contains both iron and vitamin C which helps in the absorption of the iron making it great for inflammation. It’s also an immune enhancer and helps combat infections. Noni it traditionally used for neuromuscular problems, muscle pains, arthritis, fibromyalgia, headaches and lower back pain. Noni is even a documented cancer fighter. 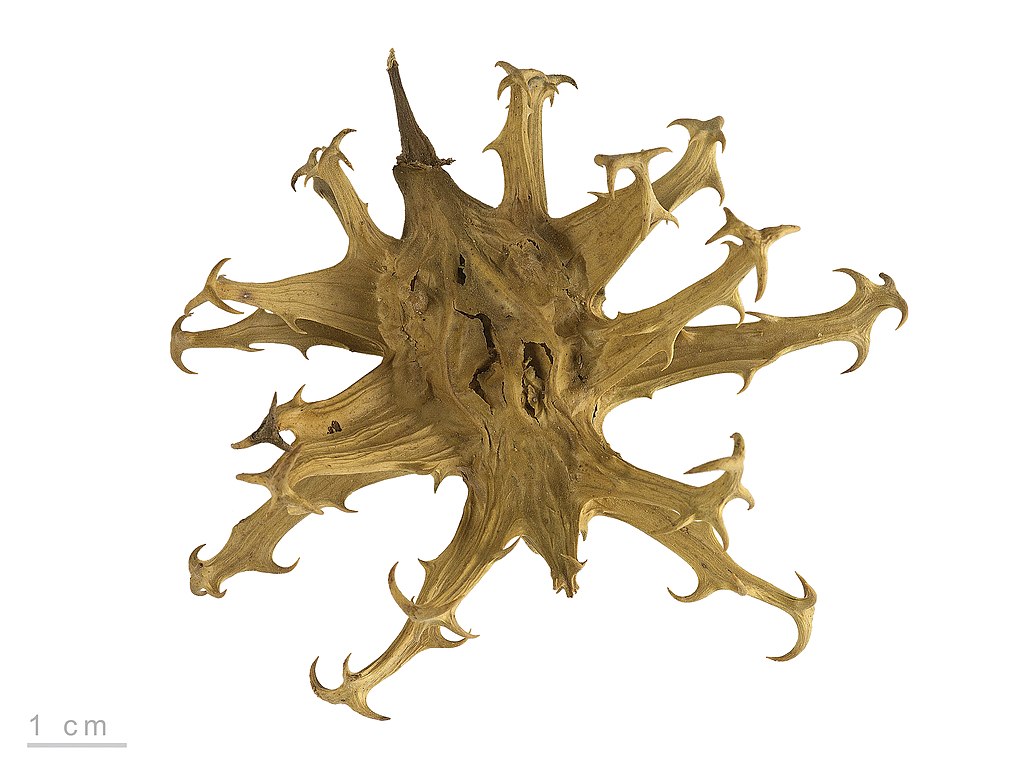 This is a strong pain fighting herb and is actually know as one of the strongest. Its only secondary effect is immune enhancement so it really only works on inflammation of all kinds. It’s great for joint pain, arthritis, and rheumatism. It is also well known as a remedy for lower back pains. 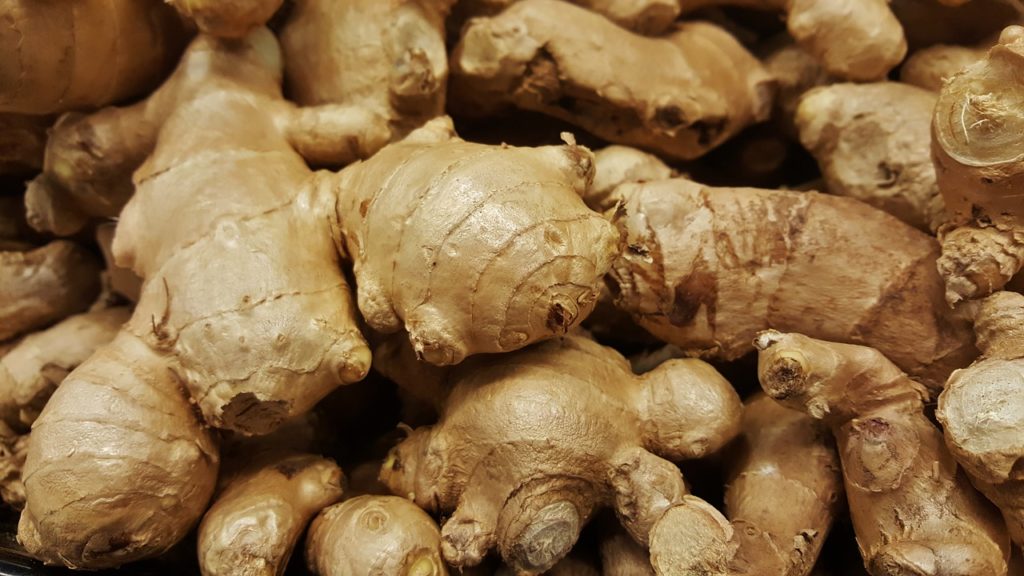 Ginger is a mild anti-inflammatory that is also warming to the body. It is a great addition to add to a pain formula as it will also strengthen the power of other herbs. It actually can be used externally and internally for treating inflammation. It works great on stiff joints and deep muscle tension.

Here’s an excerpt from The World’s Healthiest Foods on ginger:

Arthritis-related problems with your aging knees? Regularly spicing up your meals with fresh ginger may help, suggests a study published in a recent issue of Osteoarthritis Cartilage. In this twelve month study, 29 patients with painful arthritis in the knee (6 men and 23 women ranging in age from 42-85 years) participated in a placebo-controlled, double-blind, crossover study. Patients switched from placebo to ginger or visa versa after 3 months. After six months, the double-blind code was broken and twenty of the patients who wished to continue were followed for an additional six months.

By the end of the first six month period, those given ginger were experiencing significantly less pain on movement and handicap than those given placebo. Pain on movement decreased from a score of 76.14 at baseline to 41.00, while handicap decreased from 73.47 to 46.08. In contrast, those who were switched from ginger to placebo experienced an increase in pain of movement (up to 82.10) and handicap (up to 80.80) from baseline. In the final phase of the study when all patients were getting ginger, pain remained low in those already taking ginger in phase 2, and decreased again in the group that had been on placebo.

Not only did participants’ subjective experiences of pain lessen, but swelling in their knees, an objective measurement of lessened inflammation, dropped significantly in those treated with ginger. The mean target knee circumference in those taking ginger dropped from 43.25cm when the study began to 39.36cm by the 12th week. When this group was switched to placebo in the second phase of the study, their knee circumferences increased, while those who had been on placebo but were now switched to ginger experienced a decrease in knee circumference. In the final phase, when both groups were given ginger, mean knee circumference continued to drop, reaching lows of 38.78 and 36.38 in the two groups.

Chamomile is a very safe and mild anti-inflammatory. It works well on muscle pains and spasms but also on any inflammation in the digestive tract and skin. 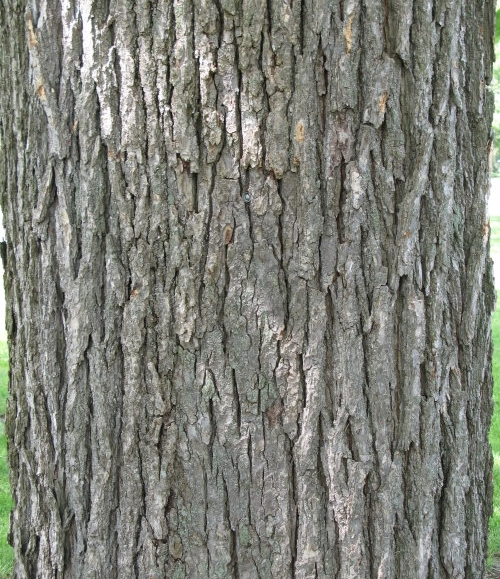 Slippery elm is a great anti-inflammatory for the digestive tract, skin, and especially the respiratory system. Its texture is very soothing and helps with inflammation so you wouldn’t want to have this herb in tincture form.

Slippery Elm as an internal bandage is surely where it has provided its most dramatic healing affects and this is the method with which I have most of my own experience in using the herb.

You need to visualise what Slippery Elm does whilst it is in the gut to get a good feel for how to use it. Slippery Elm makes a wet, gooey, sticky mess if you dilute it and leave it to set and so as it slowly slides down through the digestion on its way to being eliminated it is able to make a bandage.

As soon as you get significant inflammation it physically changes the surface tissues to become rough, red and sore, rather like a graze. Slippery Elm is able to stick to those sore bits for at least a while and so give them a vitally needed rest from other abrasive food or wastes.

Marshmallow root (not the source of marshmallows but where the name is derived from) also has a very soothing texture. It is anti-inflammatory for the entire digestive tract, respiratory system, and especially the urinary system. It works great after passing kidney stones, healing ulcers, harsh coughs or bronchitis, Urinary tract infections and even skin rashes. This is another herb that is better off taken not in tincture form.

With inflammation, it’s important to remember to relax and let the process of inflammation run its course. If you continue to irritate the inflamed area it will never heal properly. Get plenty of rest and allow for healing.